Some things just are the way they are. 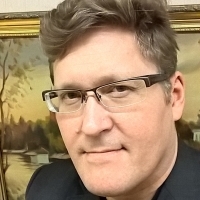 Writer is a vicar in Sastamala parish, Finland.

He sits in a car silent. I see he is thoughtful.

I've known this young man for a long time. He has always been a sensitive, highly intelligent, and with a great sense of humor. He has been a good student. He is extremely talented at drawing. As a teenager he was a promising orienteer. After confirmation class he was a group leader and Christian faith became important. Later he worked in a day care center instead military service, and it was definitely right choice for him. Now he studies. Young man seems to have a great life ahead.

There is just a two of us in the car. I can´t even imagine the difficulty of telling.

I talked with his mother.  The young man has always been a friend of the girls, but never had a date. Yup, the sensitivity, artistry and talent are perhaps typical case connected features.  When updates in social media began to appear, I was finally sure. I liked to encourage him.

His mother told me the truth first: This young man is dating with another young man.

Finally he says it to me, perhaps the last.

He tells how he struggled with the issue. He denied it and tried to believe otherwise. But in the end he had to face the truth.  I rejoice that he was able to choose  a honest life instead a life in the shadows, and pretending to be someone else.

This Christian young man don`t understand how homosexuality could be wrong.

Some people say that sexuality is a choice. In that case, one should like both genders! We thought that perhaps people most eager to judge are actually just trying to fight their own "wrong" sexual feelings.  Anyone with a plain straight sexuality knows that sexual feelings can´t be selected. Some things just are the way they are, even if we don´t want it.

We talk for a long time.

Later in the evening my wife grabs me and asks my feelings.

In my childhood homosexuality was a crime and mental illness. Years later I found homosexuality to be a rather common but unspoken thing. When I started as a first pastor in my parish, local newspaper asked about same-sex marriage in Finnish Lutheran Church. I said it would take some time. Maybe I was wrong.

I look forward to meet this young man and his boyfriend very soon.

He is my son after all.

Back to blog entry selection